The Heritage of Common Plants

The Heritage of Common Plants

I’m very pleased to be working with Barrack’s Lane Community Garden again, and with The Nature Effect, to implement the new lottery-funded Heritage of Common Plants project. There are several strands to the project, which focuses on the cultural and productive heritage of five common garden and hedgerow plants – Stinging nettle, Mint, Lavender, Dog-rose, and Elder. One of the aims of the project is to create a unique Herbaria for the Garden, collecting the experiences and memories of the garden’s users around these common plants, as well as collecting physical specimens to create herbarium samples. This kicks off on Saturday 19th March with a day programmed around the Nettle – there’ll be soup, fibre-making and nettle tea as well as a host of other early Spring gardening activities and the annual Seed Swap. Later on in the project we’ll be working with a group of unaccompanied young asylum seekers as a part of their support programme, introducing them to some of Oxford’s beautiful plant- related heriatge sites and collections, and working with them in the Community Garden. I’ll post more information as the project develops.

Nettle cloth from Denmark, retrieved from a bog-grave

Illustration from the fairy-tale, The Six Swans, collected by the Brothers Grim. Their sister had to weave six nettle shirts to help break the spell put upon her brothers by their wicked stepmother. 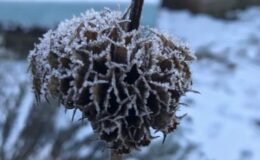 This year’s Serpentine Pavillion, an effortlessl

More spiders, they were busy on Friday night. The

The garden spiders have been busy overnight despit

Two passions combined, I love a library and a gard

Beautiful day on Sunday for the Rare Plant Fair at

My mother’s freezer. I’m wondering if I should

So glad to find that Dahlias (at least the single

Sort of perfect here on the Tweed at Dryburgh this

An english idyll, Howick Hall in the sun yesterday

Walking with wolves on Thursday, in the beautiful

More York riversides, this time the meadows of the

First trip North for 9 months. Staying in York, am

The wonder of England as we hurtle towards the sum

I’m not the first to say, but what a glorious ye